Auburn snatched the short version of the men's college basketball traveling championship early from South Alabama and mounted 12 defenses to claim honors for the season. But Kentucky holds the prize as we come to the end of the season. 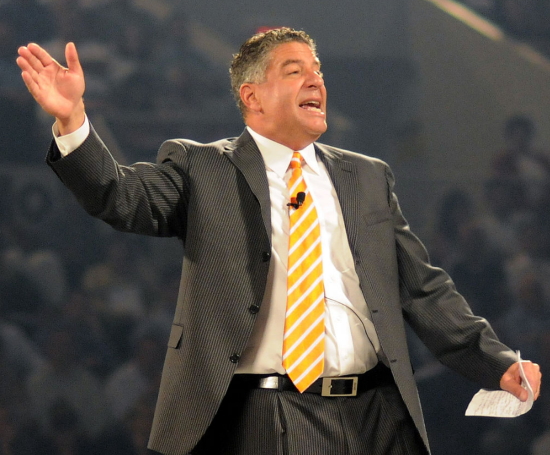 Auburn coach Bruce Pearl took his squad to the Final Four in 2018-19, and now the Tigers have won the short-season version of the men's college basketball lineal championship for 2019-20 (U.S. Air Force photograph by Master Sgt. Kurt Skoglund/Public domain image).

Once upon a time, college basketball was a growth sport. The NCAA receives about 90 percent of its operating revenue from the television rights for the men's tournament, and the corresponding emphasis on the tournament has decreased interest in the regular season since the mid-1990s. The coach who wins 22 games every year is insecure if he isn't also consistently getting three rounds into the tournament.

Anyway, we do one traveling championship that includes all of the postseason, and another one that includes none of it. We might expect them to look quite a lot alike. In time, perhaps, they will.

But right now, they don't. Five years into following two linear titles in men's college basketball, one that includes the postseason and one that doesn't, the differences are rather stark.

We're almost through the 2019-20 short season, with only one week remaining, and Auburn will be the easy winner for 2019-20 with 13 wins. Kentucky, the present titleholder, has five wins this year and can add two more. The Wildcats won't catch Auburn for the season in this championship, though they clinched the regular-season SEC title with a 73-66 win against Auburn on Feb. 29.

For their labors this season Auburn and Kentucky move up the all-time standings five years into this championship. The all-time leader remains UCLA, which has 17 games of the short title in five years. With 13 wins this season, Auburn has 13 all-time, which is good for second place. North Carolina stands third all-time with 11 wins, followed by Xavier and Kentucky with 10, and Oregon with eight. Again, though, Kentucky can pass North Carolina and Xavier in these standings if it can win its remaining two games of the regular season.

One contrast comes clear when looking at the higher order of the long corn standings, where none of the same teams are in the top five. On the long corn side, we find Villanova leading the way with 27 wins, followed closely by Michigan State (26), Michigan (23), North Carolina (23), Wisconsin and UCLA (eight), then Purdue (seven) and Ohio State (six). Here, we find five Big Ten teams out of the top eight. By contrast, we find only one game of Big Ten championship in the short corn. Indiana snatched it from Marquette in November 2018 and promptly dropped it to Arkansas.

We also have close to a year of the short corn running through the Sun Belt Conference, where the long version has never ventured.

There has been very little chance that these two championships might run together, though it certainly could happen. The long version has spent the conference portion of the season consecutively in the Atlantic Coast Conference, the Big East, the Big 10 (twice) and, this year, the Pac-12. The short version has spent the conference schedule during those years in the ACC, the Pac-12, the Big East, the Sun Belt and, this year, the Southeastern Conference.

The dynamic in these championships is essentially the same, with one big difference. Each championship is bound to spend January to early March in some specific conference. But the short corn schedule includes only one window for the prize to switch conferences, which is the pre-January period, while the long version has the additional inter-conference window of the NCAA Tournament. 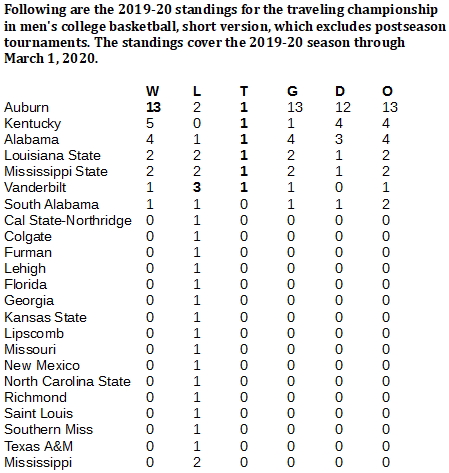 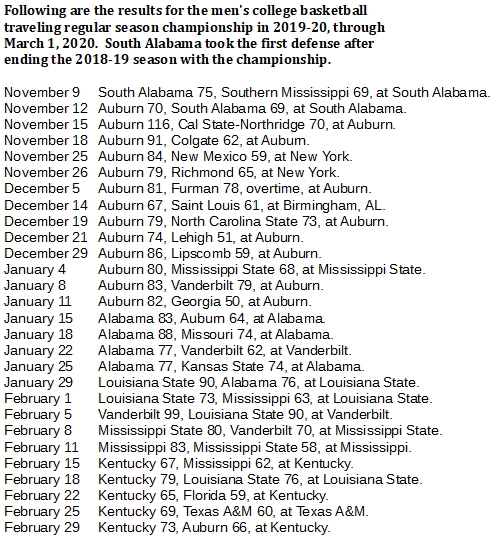