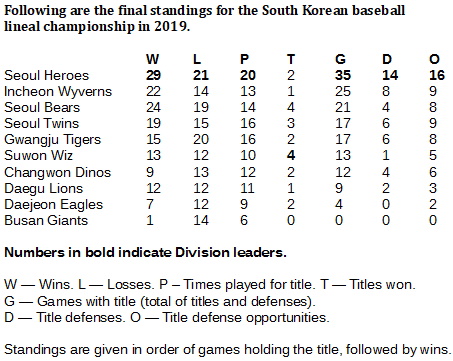 The KBO League put on a thrilling pennant race for South Korean baseball fans in 2019, with the top three teams finishing within two games of each other.

At the top of the standings was a tie between the Doosan Bears of Seoul and the SK Wyverns of Incheon, each at 88-55 with a draw. Crucially, the Bears won the tiebreaker with a 9-7 head-to-head record against the Wyverns. The third-place club, the Kiwoom Heroes of Seoul, finished 86-57 with one draw. (In the KBO League, a game is drawn if it isn't decided within 12 innings.)

In 2019, the fourth-place club, the LG Twins of Seoul, took down the fifth-place NC Dinos of Changwon, 2-0, advancing to the next round against the third-place Heroes in what's called the Semi-playoff. It's a best-of-five series. The Heroes finished it in four games and moved on to a meeting with the second-place Wyverns in what's called the Playoff round. Here, again, the Heroes prevailed, this time with a three-game sweep.

Finally, we reached the Korean Series, in which the Bears, the regular-season champs, took on the team that survived the step ladder, the Heroes. Best-of-seven series. But the Bears swept it out in four, claiming their second straight KBO League title.

Anyone looking at these outcomes can agree that the Bears won the regular season and the playoffs without being clearly the best team in the KBO League. The results on these pages support those suspicions.

So far as the Korean traveling championship is concerned, the Heroes clearly were the better team. Though they won only two championships, the Heroes defended them 14 times and rolled up 35 games with the championship. By the time the Twins retired the Heroes in a split double-header on Sept. 12, the Kiwoom squad already had winning results in the bag. 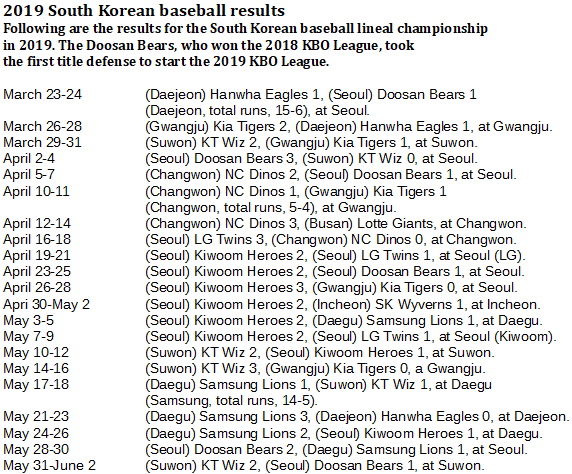 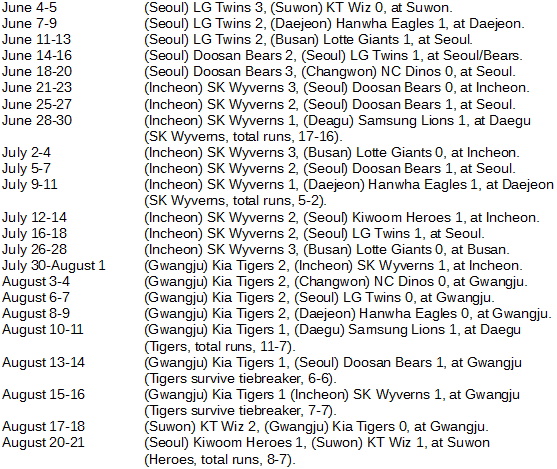 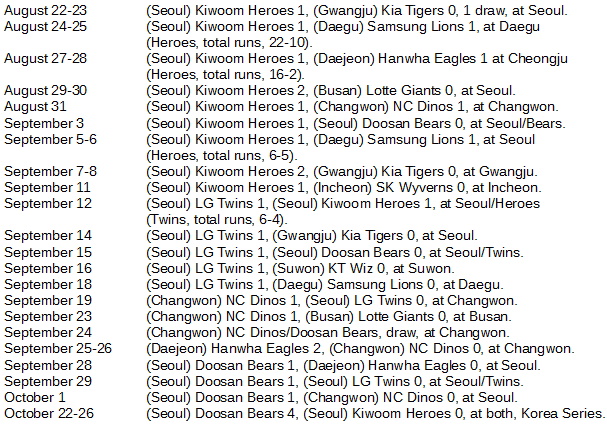