Neptunus at start, Bologna at finish for European baseball lineal

Neptunus, the Dutch juggernaut of recent seasons, built up a big lead early and kept it after Bologna captured the European baseball traveling title at the continental tournament. 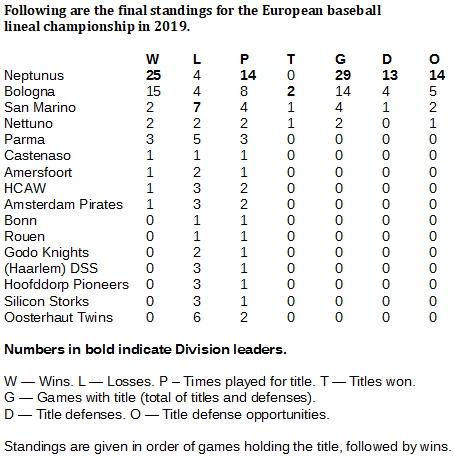 Through one year, it's Neptunus with 25 games of championship on top, followed by Bologna with 15. However, as the Neptunus title was provisional, Bologna actually has the most championships earned, with two.

After taking the title from Neptunus, Bologna won its final European Cup game, an 8-0 win against the Amsterdam Pirates, taking the continental championship into Italy. Two other Italian clubs, San Marino and Nettuno, enjoyed short titles before it went back to Bologna with a two-game sweep of Nettuno July 5-6.

Bologna then held the title through the Serie A championship, a three-game sweep of San Marino. 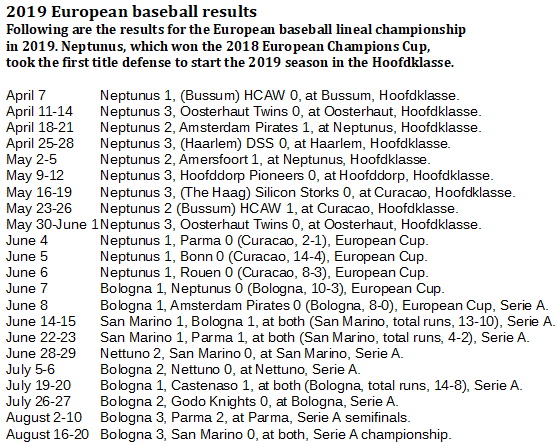