Tenerife tore through Spain's Division de Honor in 2019 and still holds the Spanish baseball traveling championship after beginning this first season of the competition with as the title caretaker. 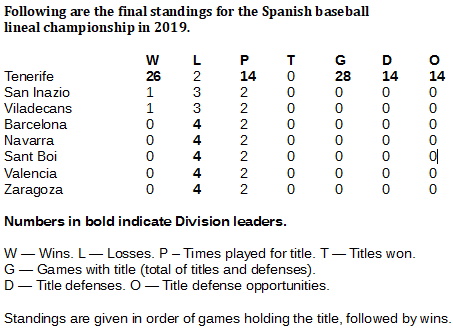 Since then, three third-place finishes in the 1970s, and that's it. Today, the top Spanish league, the Division de Honor, still sends its champion to the European Cup. But that champion doesn't matter once there.

Within Spanish baseball, today, no one matters except for Tenerife, which has won the Division de Honor de beiseboll six years out of the last seven. As caretaking champ with this Spanish baseball lineal at the start of the 2019 season, Tenerife faced no good challenge throughout the season, holding the title from start to finish with a 26-2 record.

The Tenerife team calls itself the Marlins, as it was founded in 1997, the first time the Florida Marlins won the World Championship. 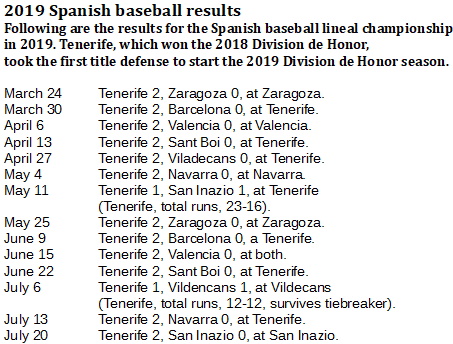