Ducks sneak up on USC in Pac-12 football traveler

Southern Cal hasn't held the Pac-12 football lineal title since early in 2018. Since then, Oregon has moved up in the standings. USC still leads with 16 wins in five years of tracking, followed by Oregon with 11. 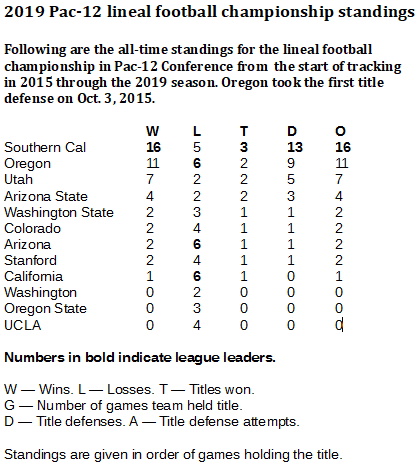 Oregon reached into contention for the all-time Pac-12 football lineal in 2019, but remains well behind Southern California.

The Trojans remain on top with 16 wins since tracking began in 2015. They won the title in each of the first three years of tracking, but lost in their first defense of 2018, 17-3, at Stanford and haven't won it since.

Oregon's nine-game streak moved it up to second place all-time with 11 wins. Arizona State, the present title holder, is fourth with four wins, following third-place Utah, which has seven.

When Arizona State will defend the title is yet to be determined. After postponing the 2020 season because of the coronavirus, the league decided in late September that it would begin conference play in early November. However, the league schedule was not immediately announced. 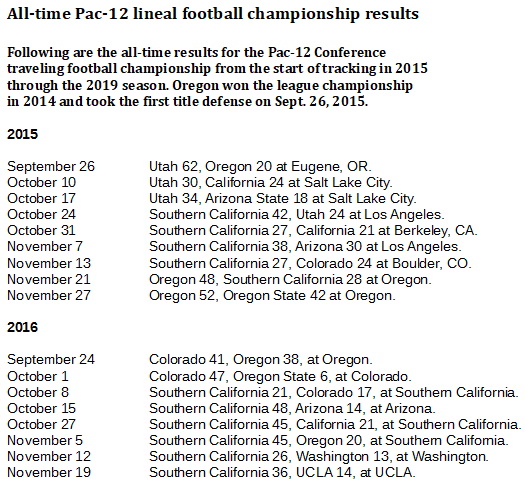 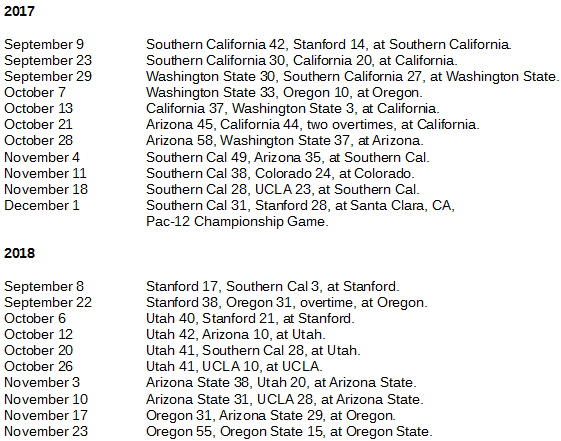