Western Michigan built such a huge lead in the football lineal championship through the Mid-American Conference (MAC) that the Broncos still are unchallenged for the all-time league lead three years later. 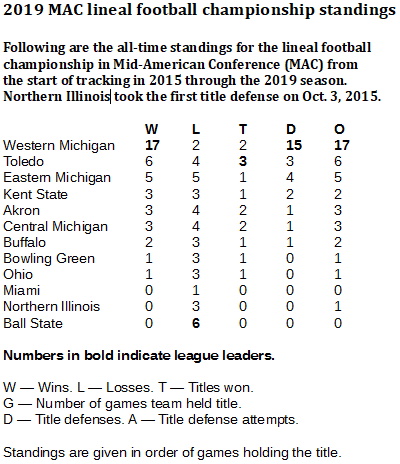 We began tracking the lineal football championship in the Mid-American Conference (MAC) in 2015, the same year as every other league. At that moment, P.J. Fleck's Western Michigan squad was emerging as the best team this league produced in more than 10 years, since Ben Roethlisberger led Miami to a final No. 10 ranking in the 2003 Associated Press Poll.

Fleck's Broncos finished the 2015 season 8-5 overall, but the claimed a five-game lineal title during the 2015 MAC season, then won it again on the final day of the season. In 2016, Western Michigan won its first 13 games, finally losing to Wisconsin in the Cotton Bowl, 24-16.

Fleck could take "Row the Boat" with him all the way to Minnesota in the Big Ten, but he couldn't take the MAC lineal championship and Western Michigan couldn't hold onto it for long without him. But what's done is done, and the Broncos did quite a lot during those years, building a lead in the MAC lineal that's still unchallenged three years later.

Western Michigan leads the all-time standings here with 17 victories. The next best team, Toledo, has six.

Kent State held the title at the end of the 2019 season. Now, we'll see what's next. The MAC has postponed its Fall 2020 season because of the coronavirus. 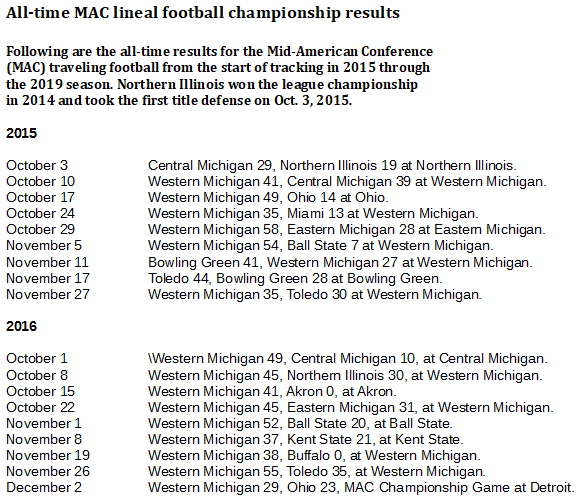 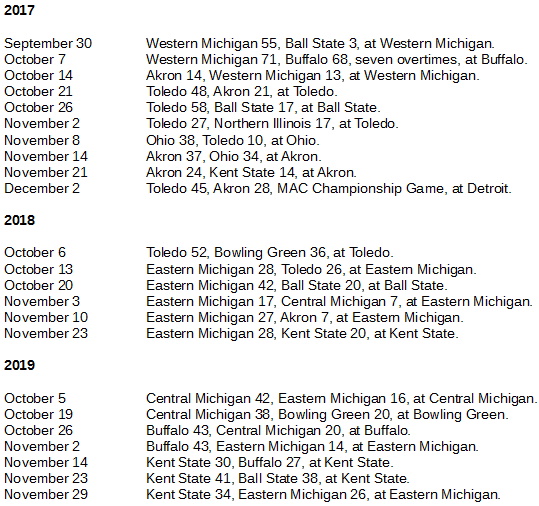