The Houston Astros began the new South League lineal championship with the first defense in 2019, then they showed why that was the right call. 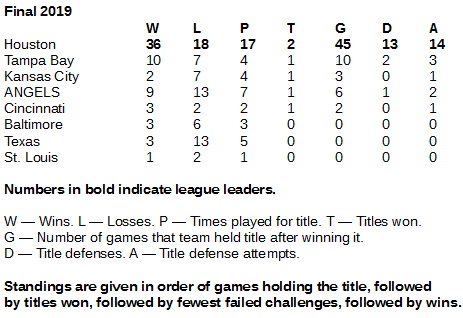 There was no better big-league baseball team in the American South than the Houston Astros before the 2019 season, and there certainly was none better during that season.

The Astros were the obvious pick to start the Southern lineal after winning 103 games and the American League West in 2018. The schedule makers did us a favor and pitted the Astros against another strong Southern club, the Tampa Bay Rays, to begin the 2019 season.

Right after the Fourth of July, the Astros won it again. And they never lost it for the rest of the 2019 season. After 11 Astros title defenses, the schedule simply ran out.

So, the Astros mark up two titles and a gigantic 45 games of championship in first year of this effort. The Rays, with 10 games of title, finished second.

The only other teams to win the Southern championship in its first year were the Angels, the Cincinnati Reds and the Kansas City Royals. 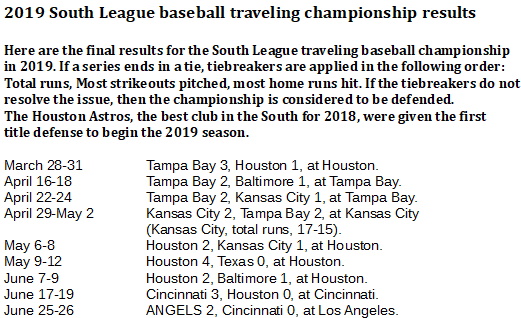 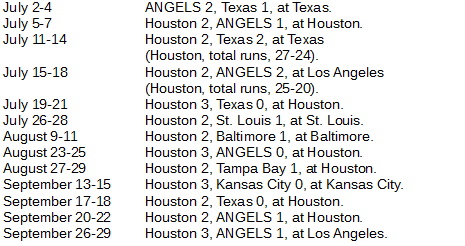