For once in 2019-20, Juventus didn't win everything within sight of Italian soccer. Indeed, the perennial Italian champions failed in their only attempt during the season to win the Italian traveling championship, allowing Atalanta and Lazio to shine. 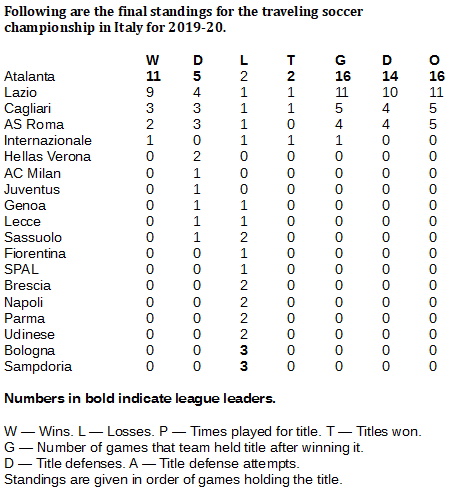 In addition to the difference coronavirus made across the Italian Serie A in 2019-20, the season played out unlike any other so far in the traveling championship.
Juventus, of course, won the league for the ninth straight time. However, for the first time in five years of tracking the lineal soccer championship across Italy, Juventus held the title for not even a single day.
The Serie A tightened up a lot during the pandemic season. Within five points of Juventus in the season's final standings were three other teams. Two of them, Atalanta and Lazio, also made huge gains in the traveler.
Atalanta finished the season with 16 games of championship, bringing itself up to 18 all-time. It would have been enough to push Atalanta into third-place in the all-time Italian standings, except that AS Roma, which brought the title into the season, produced four straight defenses immediately and raised its historical total to 20.
Lazio, the second team in Rome, produced its first 11 games of traveling championship in five years of tracking and now is up to fifth place all-time.
Napoli remains second all-time at 26. The Neapolitans failed in two challenges during the 2019-20 season after failing their only two challenges a year earlier.
Of course, Juventus still leads all time with 73 games of championship. 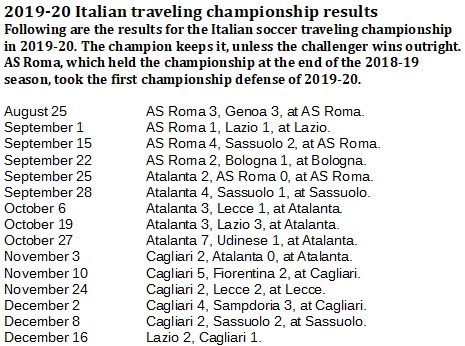 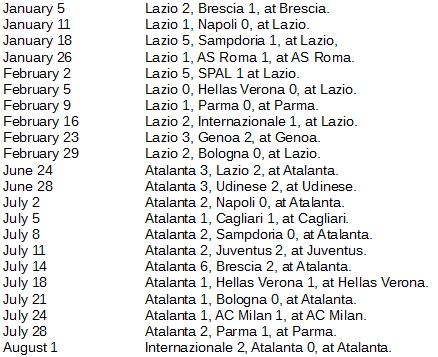