Athletico Paranaense storms through end of Brazilian Serie A

Athletic Paranaense won 13 games of lineal championship at the end of the 2019 Brasileiro, raising itself to second place in the all-time national standings. Palmeiras added six games to its all-time leading total, which now is 33. 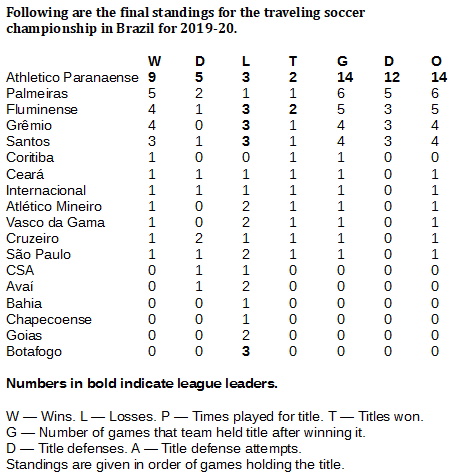 Athletico Paranaense won't win prizes for dominance in the 2019-20 Brazilian traveling soccer championship, but 14 games of title isn't a bad year of work.
Paranaense finished fifth in the 20-team Serie A and qualified for the Copa Libertadores group stage. Paranaense began its best title run with a 2-0 win at Fluminense, holding it for 12 more games to end the Serie A season. The ledger for that title came to eight wins and five draws.
The title finally ended in the 2020 Campeonato Paranaense with a 4-0 loss at newly promoted Coritiba on March 15, right before the pandemic ended play for a while.
Paranaense also held a one-game title in August for its total of 14. Historically, the club's haul moved it up to 17 games of championship all-time, second place in the standings. Paranaense moved past Flamengo, which has 16 games, but none in the last two years.
Palmeiras entered the season with the all-time lead at 27 games and added six more, increasing its total to 33.
Chapecoense and Internacional, each with 14 games of title in four years of tracking, are tied for fourth in Brazil all-time. 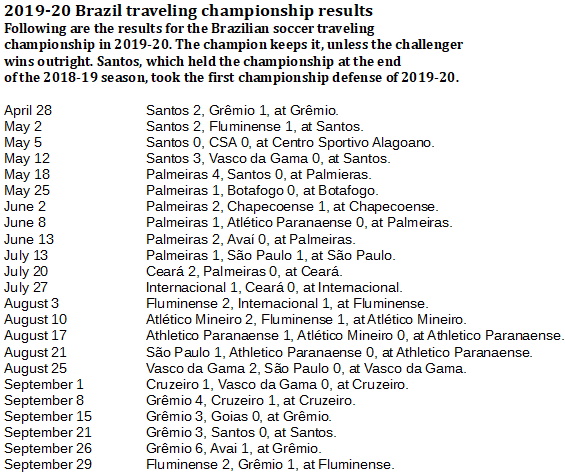