Nobody holds onto the traveling championship in Indian cricket for very long. Two years into tracking, the teams that have held it the most are the Mumbai Indians and Kings XI Punjab. 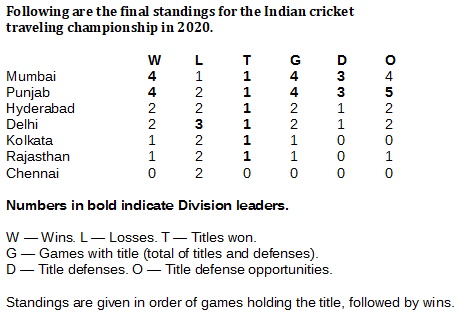 In those 27 matches, the title has changed hands 12 times. So, this is a balanced competition, and it is hard to imagine one of these teams breaking from the pack.

In 2020, the top clubs were Mumbai and Punjab, which each held four games of championship. Four other clubs had the title for at least one game in a 14-game season.

All-time, Mumbai is the leader with seven games, followed by Punjab with six, Delhi with five and Chennai with four. 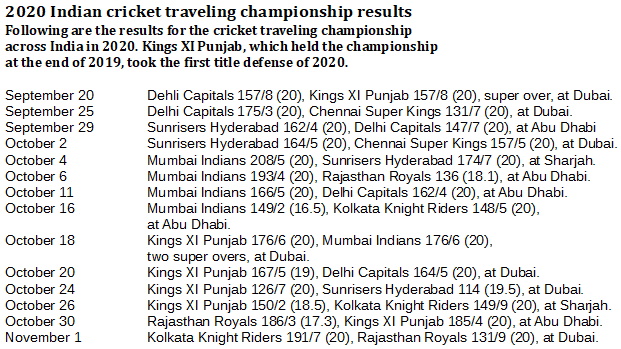