A five-game title streak for Bordeaux Bègles at the start of the 2019-20 season stopped Toulouse from getting further ahead in the French rugby union lineal. It also enabled the Bordeaux side to post the best lineal title record of the season. 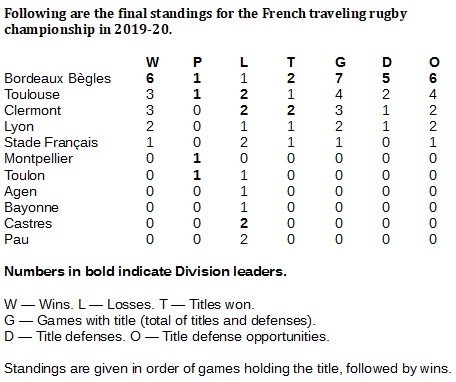 One year into the French rugby union traveling championship, it appeared this thing could be a route.

But Bordeaux Bègles put an end to Toulouse's title and began a seven-game title streak of its own. The closest team to Bègles for the traveling title in 2019-20 was Toulouse, with four.

So, we're two years in, and Toulouse has 17 games of championship, while Bègles, in second place, has eight. It does happen, though, that Bègles has the title entering the 2020-21 season. 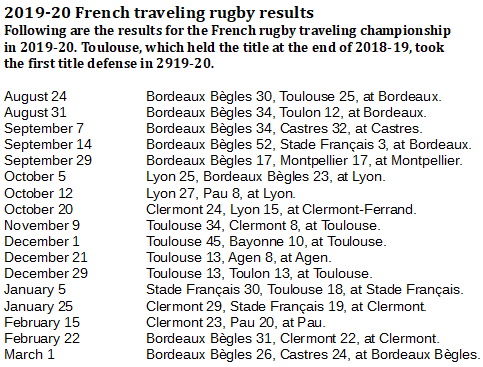