Courage carries most of US women's soccer traveler in 2019

The U.S. women's soccer traveling championship changed hands seven times in 2019, but it was no hands longer than those of the North Carolina Courage, which was the best team in this chase for the second straight year. 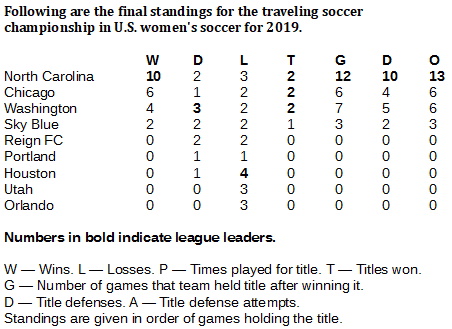 During a 28-game U.S. women's pro soccer traveling championship campaign in 2019, the title changed hands seven times.
Four different teams held it, and three teams held it twice. However, no one defended it as well as the North Carolina Courage, which came out of this chase for the second straight year as its best team.
The Courage held the title entering the season and defended it four times. They later won two more titles and defended them a total of six times.
Put it all together and they finished the year with 12 games of title, most of any team. Washington held the title for seven games and Chicago held it for six. Washington still was defending its second championship of the season when the season ended.
All-time, which is two years, the Courage has 34 games of the traveling championship. Chicago is second with eight and Washington third with seven. 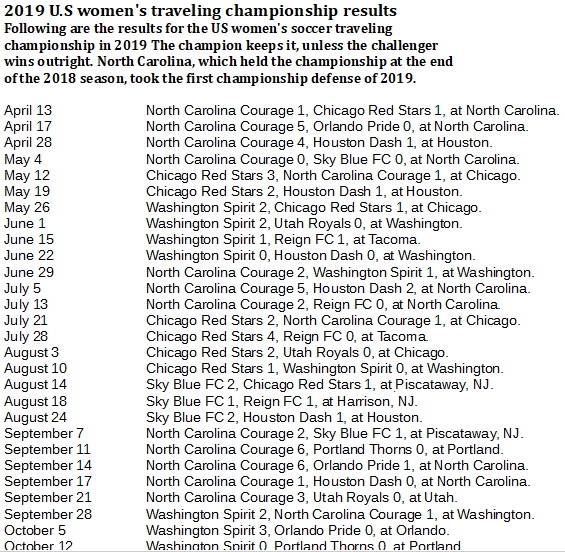