The best performances with the Mexican lineal soccer title in 2019-20 belonged to León and Pumas UNAM, but Cruz Azul held it when the games were ended because of coronavirus. 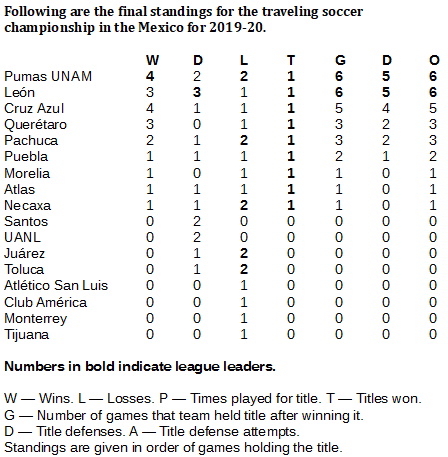 The 2019-20 Mexican soccer season was forced into cancellation after the games of March 15 because of the coronavirus pandemic, so it was shortened, though official.

The season ended with Cruz Azul on a three-game run with the title, pushing it's championship total in our five years of tracking to 33 games, the best total in Mexico.

León and Pumas UNAM each sustained runs of six games with this championship in 2019-20. León moved its all-time total up to 19, third in Mexico. UNAM hadn't won the title in five tries since ending a five-game reign in December 2015, so it's six game run puts it up to 11 games all-time.

Club América, the second-place team with 20 games of Mexican championship in the standings, took only one crack at it in 2019-20, losing, 1-0, at home against the cement mixer. Thus, Cruz Azul takes the Mexican lineal championship into the 2020-2021 season. 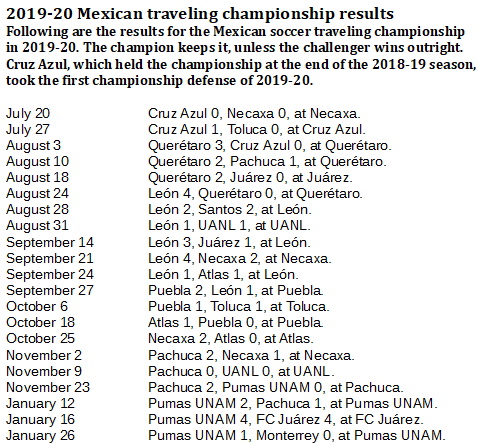