The Dodgers, who won the National League pennant in 2018, were the best team in the West that year, and were thus given the first West League lineal championship for safe keeping. They kept it just safe enough to squeeze by the Chicago Cubs for the 2019 title. 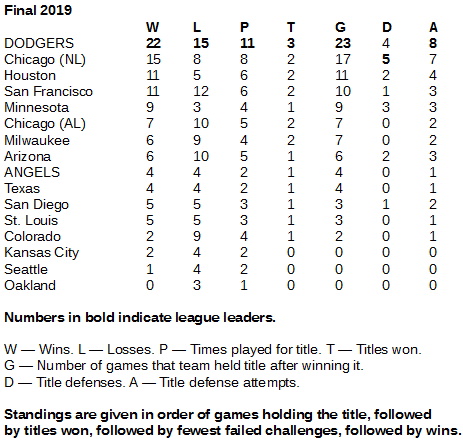 The Dodgers won the first running of the Western lineal baseball championship, but barely.

As the National League champs in 2018, the Dodgers were the best credentialed team in the Western half of baseball entering 2019, and thus they were given caretaking of the start-up title. The Dodgers mounted three successful defenses.

That's about the best the Dodgers did with it. They actually won three titles outright later in the season, but managed only one defense between them. They still finished on top of the chart with 23 games of title.

But it didn't have to go that way. The Chicago Cubs ruined the first Dodger defense of a title they actually earned, taking two of three at Wrigley Field April 23-25. After that, the Cubs rang up four defenses.

The Cubs took one more crack at the championship, taking it from the San Diego Padres with a two-of-three on the road, but they immediately lost it the same way in San Francisco. Never again crossing paths with this lineal title, the Cubs finished with 17 games of championship. 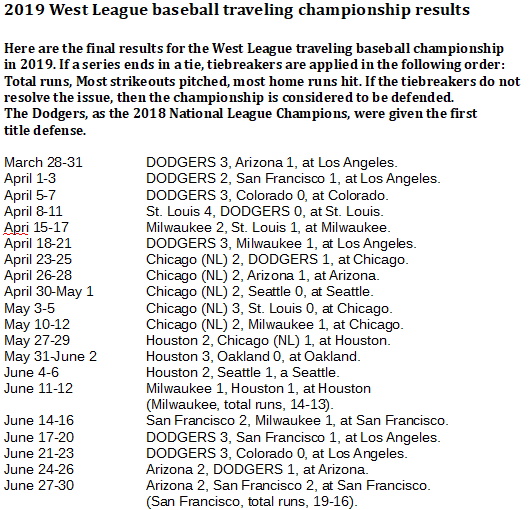 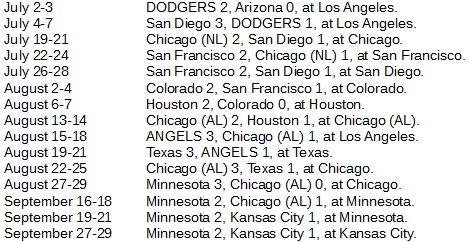