Finally, something to discuss in women's basketball short corn

We've followed the short version of the women's basketball traveling championship silently because, simply, it wasn't traveling. After 97 games, someone finally beat Connecticut. Now, five years into tracking, three teams have won it. 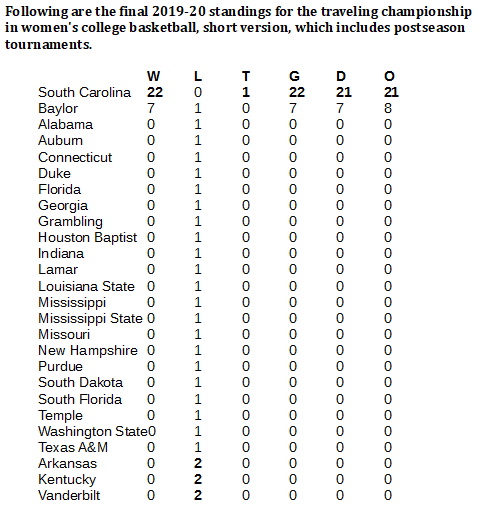 It stands to reason that the long version would present the best chance of challenging Connecticut, simply because the NCAA Tournament competition should produce worthy challengers, and this is how it turned out. Within two years of starting the traveler, Connecticut did lose, on a buzzer beater in the NCAA semifinals to Mississippi State.

But the short version doesn't change hands during the NCAA Tournament. That means someone needed to beat Connecticut during the regular season. And this took a while.

We thought UConn's 73-game winning streak as the long version caretaker was impressive. But in the short version, UConn held the title for 97 games before falling at Baylor.

Anyway, a chase is on, finally. Baylor held the short version for 26 games. In 2019-20, South Carolina knocked off Baylor, and held the title for a total of 22 games before play ended due to coronavirus. 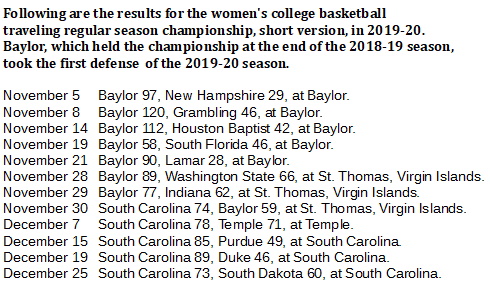 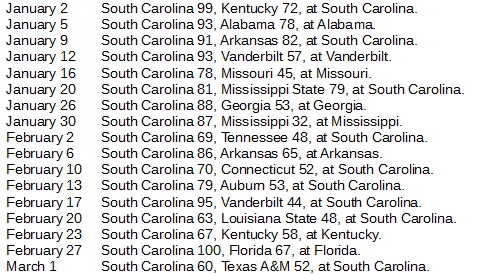