The Minnesota Twins had a huge year in the 2019 four-by-four, winning the Northwest Conference and each of their league divisions. 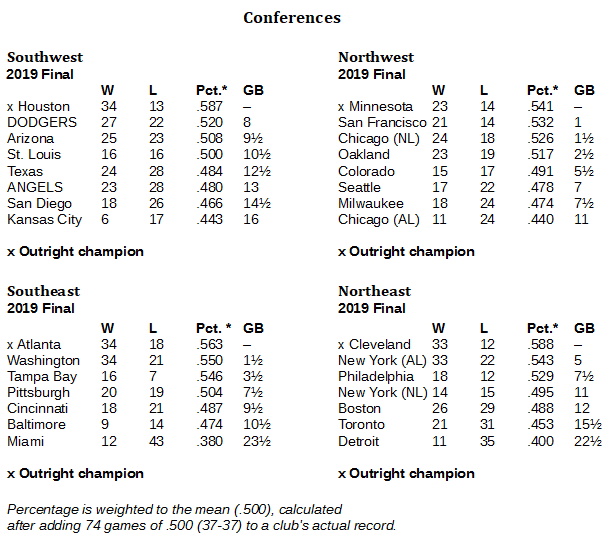 The novelty did not extend to the Southwest Conference, where the Houston Astros beat out the Dodgers for the second straight year. In the Northeast, the Cleveland Indians won for the second time in four years after winning it in 2017.

In the Southeast, the Atlanta Braves broke the Washington Nationals' stranglehold on the title. The Natties tied for the championship in 2016, then won it outright in 2017 and 2018. In 2019, the Braves outlasted Washington by 1½ games. But the conference would play out a little differently as league divisions.

In the East League, for example, the Tampa Bay Rays won the South Division by one-half game and six percentage points over the Braves. For that, the Rays were considered against the North Division champs, the New York Yankees, for the East League championship. Because the Yankees won the head-to-head meetings, 12-7, they were named the league champion.

In the South League's East Division, the Rays and Braves finished all but deadlocked. The Rays got the nod because, ultimately, we go by weighted winning percentage here, but the difference was less than a percentage point. The Braves had a one-game edge, but the percentage went to the Rays. 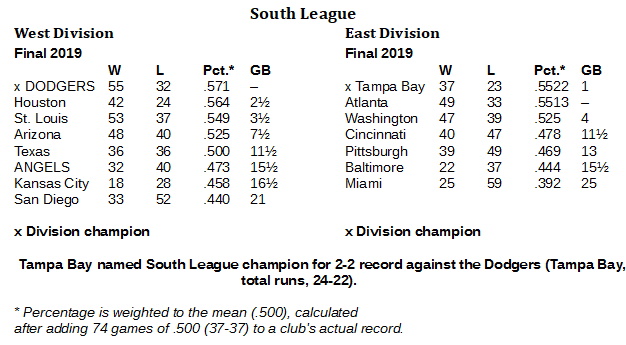 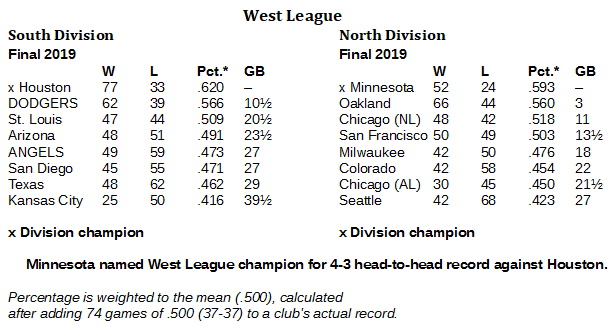 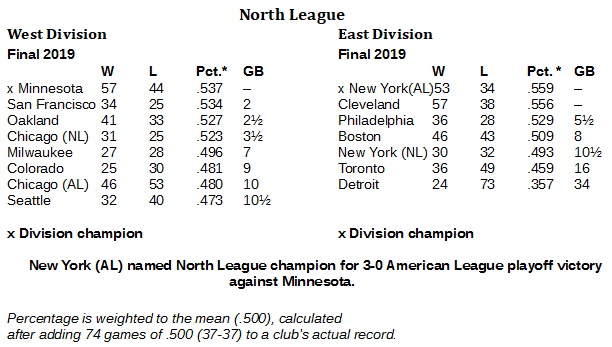