After a year in Japan and China, the Asian soccer lineal championship returned to South Korea early in 2019. At the end of the year, the top two clubs in the chase through three years are Jeonbuk Motors and Seoul. 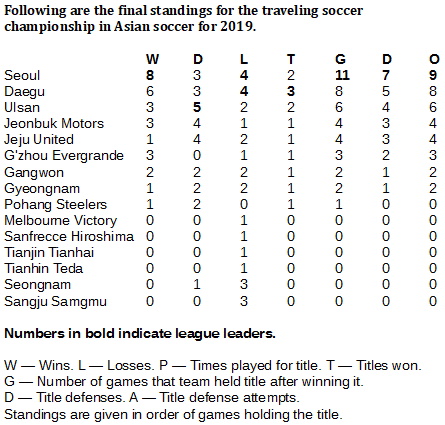 The Asian traveling soccer championship in 2018 spent most of the first half of the year in Japan and the second half in China.
Almost the entire 2019 season in that championship passed in South Korea. Come to think of it, the entire 2017 season was spent in South Korea.
The title finally went elsewhere early in 2018, when Japanese power Kashima Antlers took it from Suwon Bluewings in the Champions League. A year later, early in 2019, the title returned to South Korea when Daegu took it from Chinese club Guangzhou Evergrande in the Champions League.
Once the title was back in Korea, it stayed there and kicked around a little. The best title run belonged to Seoul, nine games from early May to early July. Combine that with an early two-game title and Seoul finished the year with 11 games of title, best of the season.
With 11 games of title in 2019, Seoul moved to the top of the all-time list in Asia with 14. Jeonbuk Motors, which enjoyed a four-game championship in August and September, now has 12 games of title for second place. Ulsan is third with 11. Suwon has nine games, while Daegu, Incheon and Sanfrecce Hiroshima each have eight. 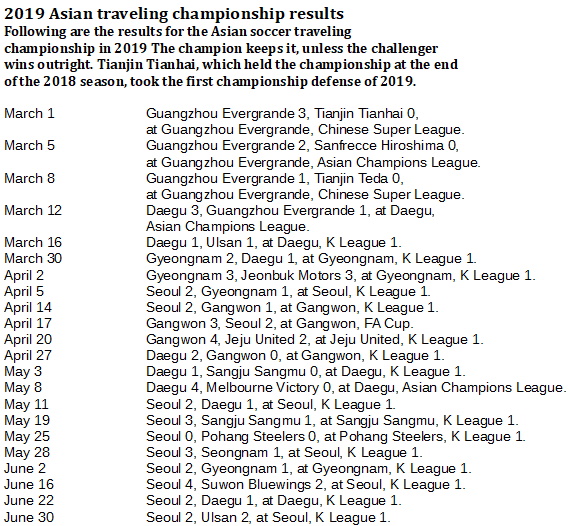 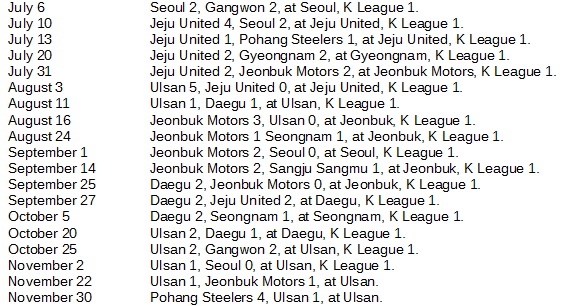