Leinster won the Pro14 for the third straight time in 2019-20, this time blowing through the circuit with a perfect regular season that stayed that way all the way through the Grand Final. Leinster now has a huge lead historically in this lineal championship chase. 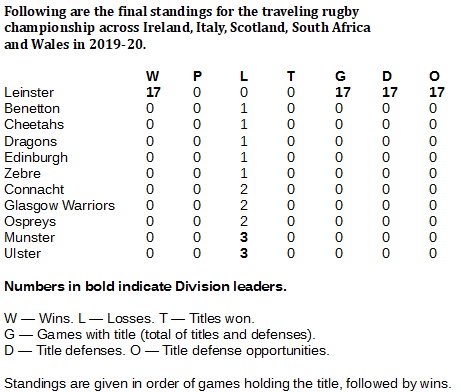 Perhaps the Pro14 doesn't get as much attention, but Leinster did go all the way, unbeaten, 15-0 during the regular season and another two wins through the Grand Final.

That's 17-0 for Leinster in the Pro14 for 2020. It was a shortened and interrupted season, of course, because of coronavirus. But it was all Leinster.

The 2018-19 season ended with Leinster holding the lineal championship, but it was close overall. Leinster had 10 games of title and Munster had nine.

But Leinster has broken that open now to 27 games of championship, three times as many as any other club. And Leinster still held the title at the end of 2019-20, meaning it will take it into 2020-21. 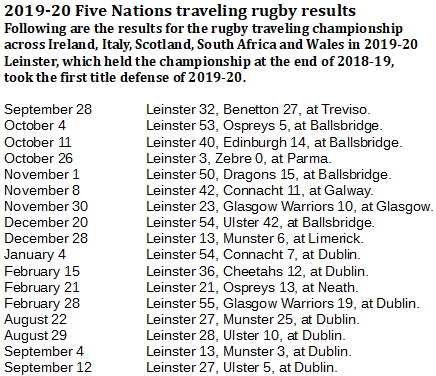