Mets unify Northeast lineal, but Red Sox end 2019 with it

The New York Mets consolidated the Northeast traveling championship at the start of September 2019, but the Boston Red Sox held the title at the end of 2019 and will next defend it in 2021. 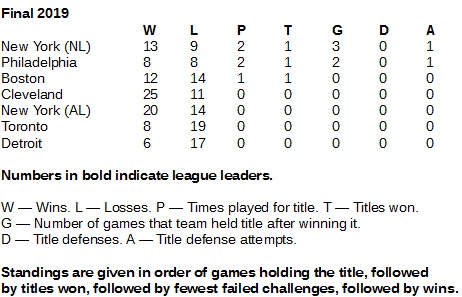 Though the American Northeast is saturated with the American League, it was in the National League where the lineal championship for this regional conference was established.
That occurred on Aug. 30-Sept. 1 in Philadelphia, where the New York Mets put their five shares up against the Philadelphia Phillies and their two shares. The winner would own the first lineal title in this seven-team region.
The Mets won two of three in that series to become the first Northeastern lineal champion. A week later, they became the first former champ when the Phillies took them down, two of three in New York. But the Phillies didn't hold it for long either. They lost both games of a two-game September series at home against the Boston Red Sox, who now have the title when the chase resumes in 2021.
However, two other teams, the Cleveland Indians and New York Yankees, were the teams that actually performed best through the year, despite neither yet winning the title. The Indians were 25-14 in their games during the play-down, while the Yankees were 20-14. 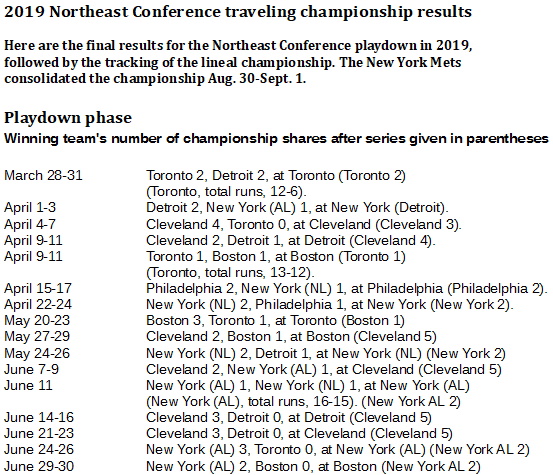 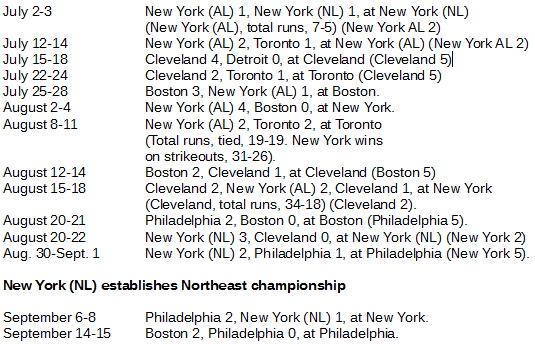