We can look at the all-time long lineal in women's college basketball two ways: either with or without Connecticut's 73-game streak as the original caretaker. Either way, UConn is still on top after 2019-20. 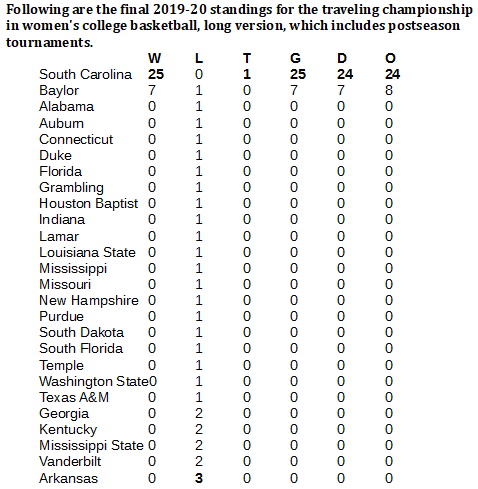 We hoped for a deep, competitive NCAA Tournament in women's college basketball for 2019-20, and we got no tournament at all. Of course, coronavirus ended the season in March.

We did get some of the conference tournaments, which enabled South Carolina to tack three more games of lineal title onto 22 with which it ended the regular season. Thus, South Carolina was easily the lead team in women's basketball lineal for 2019-20, ending with 25 games.

The Gamecocks won the championship on Nov. 29, thumping Baylor, 74-59, in St. Thomas, Virgin Islands. The result ended Baylor's 35-game streak with the championship, which began with a win at home against Connecticut nearly 11 months earlier.

UConn remains the all-time leader with 108 wins. But 2019-20 was the first season in which the Huskies never held the championship. They failed in a challenge against South Carolina's onslaught in February. Baylor in second place at 35, which is what Connecticut would be left with subtracting its 73-game caretaker run. 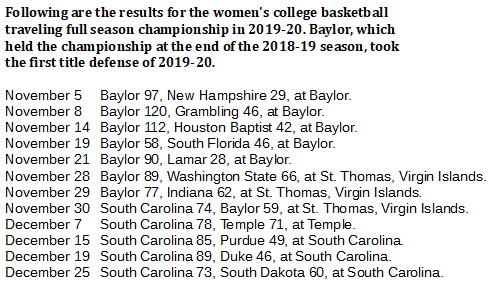 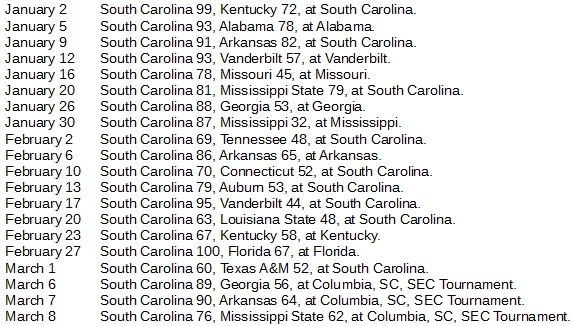