For the third year in three that we have tracked the women's pro soccer traveling championship in the United States, North Carolina led all teams in wins in 2020. But there were many fewer games because of the coronavirus. 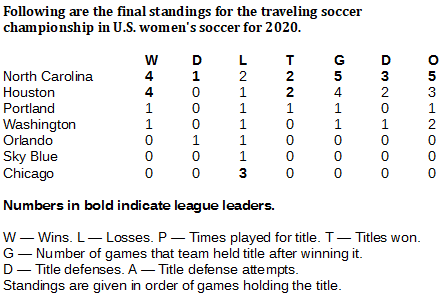 Although coronavirus wrecked the 2020 U.S. women's soccer traveling championship season, to say nothing of the National Women's Soccer League campaign, it was more or less more of the same.
That is, North Carolina, once again, was the best team in the traveler, though it was a lot closer this time. The Courage finished the season with five games of title, more than any other team for the third of the three seasons we have tracked the championship. This time, however, Houston was close behind with four games of title.
It was a short campaign, lasting only 11 games, including the NWSL Challenge Cup and the geographically restricted Fall season.
Through three years of this title, we have seen 64 games, and North Carolina has been the champion for 39 of them. The Courage is the only team that has won at least one championship in each of the three seasons. Chicago, which was shut out in 2020, is second all-time with eight games of title. 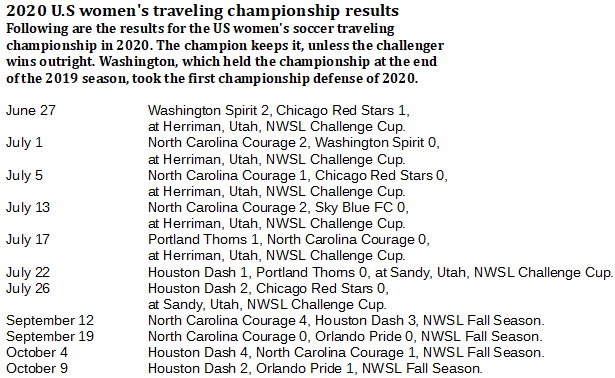