The 2019-2020 Portuguese soccer season began with a promising challenge for Benfica in its bid to match FC Porto on top of the historic standings. But Porto seems to be writing a different version of history. 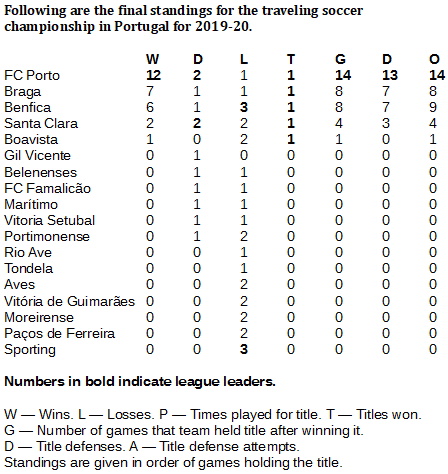 Entering the third year of the Portuguese traveling soccer championship in 2019-20, Benfica held the prize needing eight games to reach a tie on top of the all-time standings with FC Porto.
To do that, though, Benfica would have to get through Porto early, the third game of the domestic season. In two previous meetings between Benfica and Porto for the Portuguese traveling championship, Benfica won one and the other ended in a draw.
But Porto has been the dominant team in this competition, and this would be Porto's turn.
As the teams met at Benfica on Aug. 24, Porto held 24 games of this title through two years of tracking. Benfica, on a 13-game title streak, brought itself up to 18. But it went to Porto, 2-0, at Benfica. Then, it was on to 13 defenses for Porto.
So, Porto now is up to 38 games of title. In each of the first three years of tracking the championship, Porto has championship runs of eight games or more.
Benfica made a slight comeback, regaining the championship with a 3-0 home win against Boavista on July 4. Benfica went on to defend the championship four times as the season ran out. Thus, it was up to 23 games of title at the end of the year, much further behind Porto, but holding the title entering 2020-21. 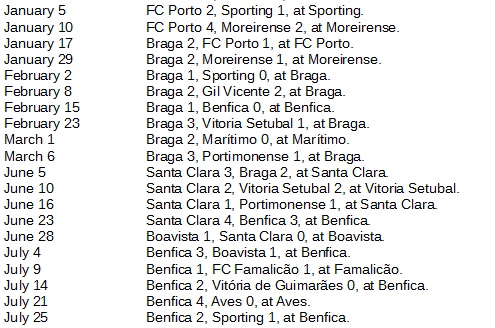