Real Madrid was the Spanish kingpin with the 2019-20 lineal soccer championship before the pandemic break, but Barcelona was that team after play resumed. In the end, Real drew itself closer to Barcelona at the top of the all-time standings. 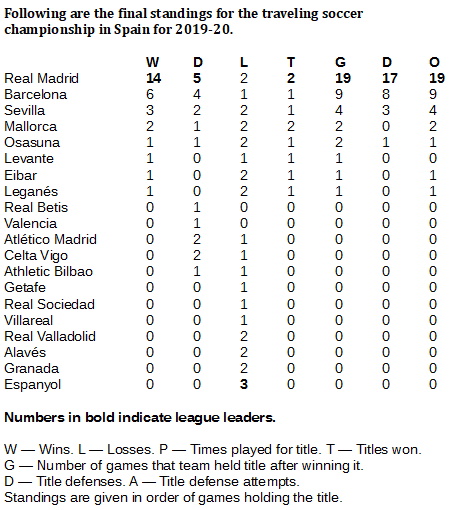 With 14 wins in 21 outings for the Spanish traveling championship during the 2019-20 La Liga season, Real Madrid narrowed the all-time gap between itself and Barcelona at the top of the historic standings in the national lineal.
The Whites made two different runs with the championship, first holding it for three defenses after snagging it from Sevilla in September, then producing a 15-game title that ran from the end of October to the middle of February. By then, Real was up to 19 games of championship for the season, leaving no one with a chance to catch up.
In addition, the two titles brought Real up to 53 games of championship in five seasons of tracking Spain, still 11 behind Barcelona, the all-time leader. However, Barça took the championship from Mallorca on June 13, the first day that play resumed after the coronavirus interruption.
Barcelona then held on for eight defenses before falling to Osasuna in mid-July. The nine games of title brought the Catalans up to 73 all-time, expanding their lead over Real Madrid back to 20 games. 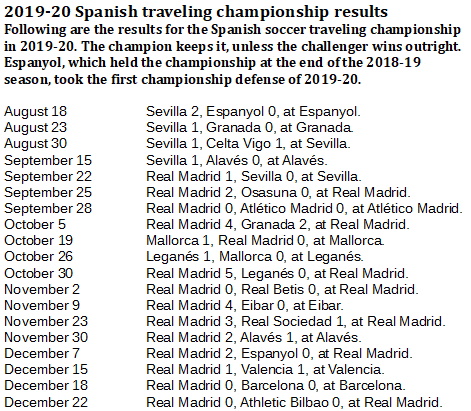 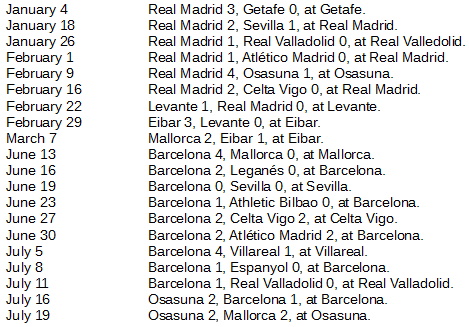