With nine games of lineal championship in a 2019-20 season that ended before coronavirus swept the world, the Sidney Sixers have three times as much traveling title as any other team in the competition through two years. 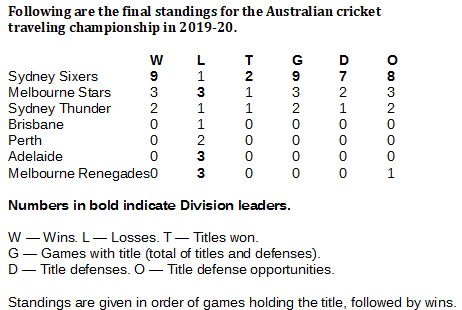 The Sydney Sixers broke out to a comfortable lead in the all-time standings for the Australian cricket traveling championship, putting up nine wins of title in 2020.

With that, the Sixers have 15 games of championship in two years of tracking. The Melbourne Stars and Melbourne Renegades, each with five games, are tied for second.

The Sixers won two traveling championships in 2020. The first began with a win against the Sydney Thunder on Dec. 28 and ended after three defenses with a loss to the Stars on Jan. 12.

The Stars held it for three defenses before the Sixers took it back from them on Jan. 20. From there, the Sixers ran the table with four more wins through The Final on Feb. 8, another win against the Stars. 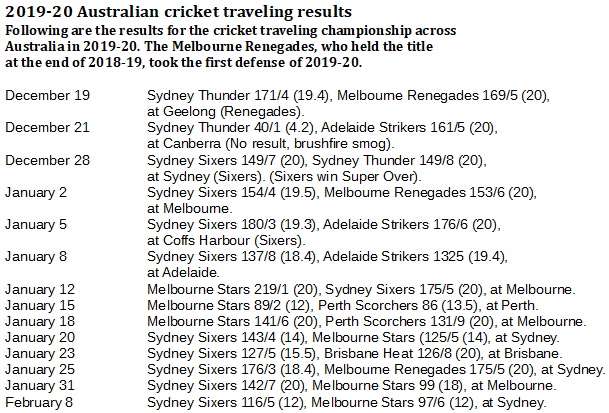