College football lineal 1979: It started with Alabama. Why?

The start of this lineal championship in college football in 1979 goes back to a conviction, one surmises, that it would be good to run a championship this way and it should start with Alabama. We've changed our mind about a few things since then, but not about Alabama as a worthy starting point. It just might not be the correct starting point. 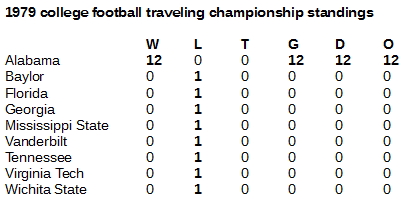