When coronavirus halted pro basketball in March 2020, the Charlotte Hornets held the Eastern lineal championship. When play resumed, the Hornets were retired, and so was the traveling prize, with the Milwaukee Bucks easily on top for the year. 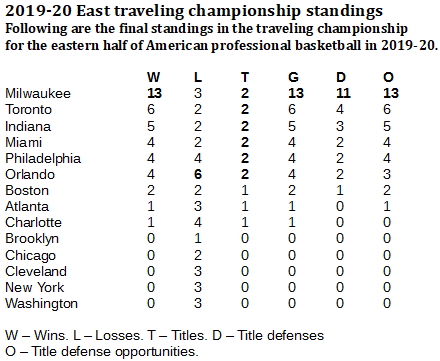 We say the NBA resumed play in late July, but that's not absolutely true. For 20 percent of the league, it's false.
Six teams who demonstrated no chance of going to the playoffs stayed home in the interest of managing a virus and a bubble.
One of those teams, the Charlotte Hornets, held the Eastern pro basketball lineal championship when play halted in March. When play resumed in July, the Hornets did not.
Thus, the Eastern pro basketball lineal didn't go into the bubble, either.
The Hornets had lost in all four of their attempts at the Eastern lineal in 2019-20 before finally defeating the Miami Heat, 109-98, in Miami on March 11. With that, the NBA season ended.
There was no suspense at the top of the standings, anyway. The Milwaukee Bucks held 13 games of championship when play halted. The next team in line, the Toronto Raptors, had six. 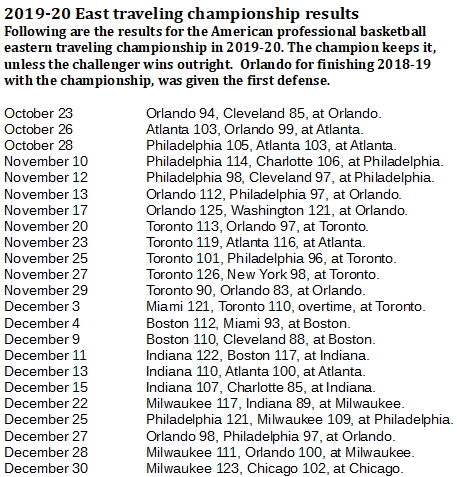 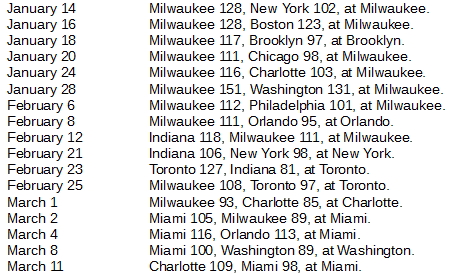