Gonzaga won the short version of the men's college basketball traveling championship and kept it, becoming the all-time leader in one fell swoop and still holding it entering the 2021-22 season. 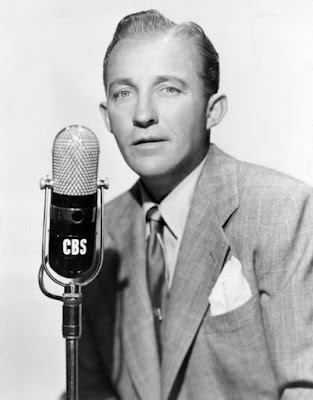 There's a pretty good chance that the list of Bing Crosby's contributions to 20th century entertainment is longer than anyone else's. And he is, like the Zags, Spokane's own. The house where Crosby grew up now sits on the Gonzaga campus. Crosby attended Gonzaga for three years and didn't graduate. On Oct. 21, 1937, just more than a dozen years after he last sat in a Gonzaga classroom, the university awarded him an honorary Ph.D., he was named mayor for the day and given a key to the city. By then, Crosby already had been the country's top-selling recording artist for seven years running, and he was just getting started (Public domain image).

Gonzaga got its mitts on the short version of the men's college basketball lineal early in 2020-21, and you know how that went. Gonzaga didn't lose all year, until facing Baylor in the NCAA Championship Game.

And in the short version, which includes only the regular season, that means Gonzaga never lost. The Zags faced Auburn, defending a 15-game title streak, at a Thanksgiving Tournament in Fort Myers, FL, and turned up a 90-67 win.

And off they went. The Zags popped up a 23-game championship streak that's still ongoing entering 2021-22.

With 23 wins, Gonzaga suddenly becomes the all-time leader in the short version, surging ahead of previous leader UCLA at 17. Auburn is third now with 15 games, North Carolina has 11 and Kentucky and Xavier each have 10 since tracking began with the 2015-16 season. 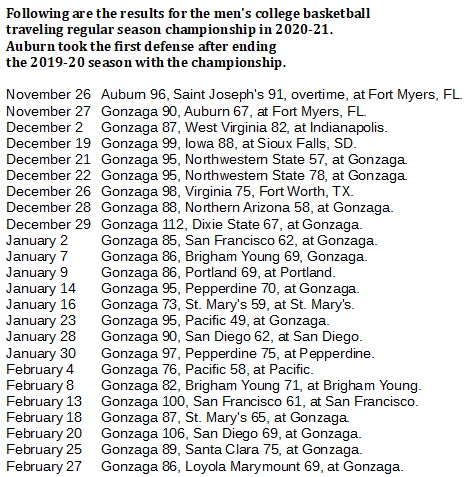