As the 2021 baseball season reached its midpoint, the lineal title across the big leagues had no clear favorites, other than a predilection to remain in the American League. But there's still time for an NL club to run a championship. 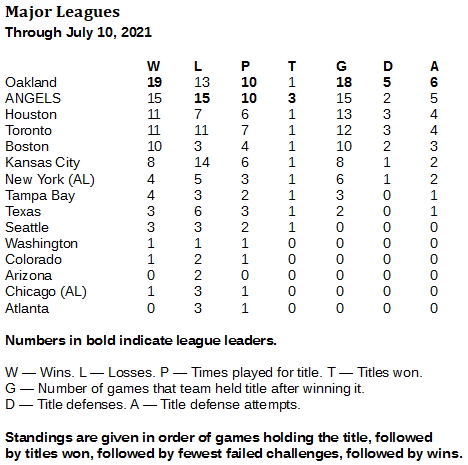 The race to the lineal championship across big league baseball in 2021 came to the All-Star break as a wide-open proposition. Except that it was all happening in the American League.

The championship has changed hands 12 time so far, each time going to an American League club. National League teams have failed in four attempts to wrestle the championship from the American League. The closest the NL came was the Colorado Rockies losing two of three at home to the Oakland Athletics in early June, and even then, the A's won the first two, so there was no rubber game.

The standings at the All-Star break show a pretty even race, with five teams reaching 10 games of championship and no one winning 20.

A Super League berth could hang in the balance here, and it will be decided by criterion. The A's and Angels have qualified for the stat-off by already reaching some combination of championships and defenses adding to five or better. The Houston Astros and Toronto Blue Jays will qualify with one more championship.

The Boston Red Sox will qualify with their next title, so long as they don't fail in a challenge some time during the season. They are the only team among the early contenders that has not failed a challenge.

The Seattle Mariners won the championship by taking two of three from the Angels during the final weekend before the break. But the two clubs will rematch in Anaheim when play resumes. 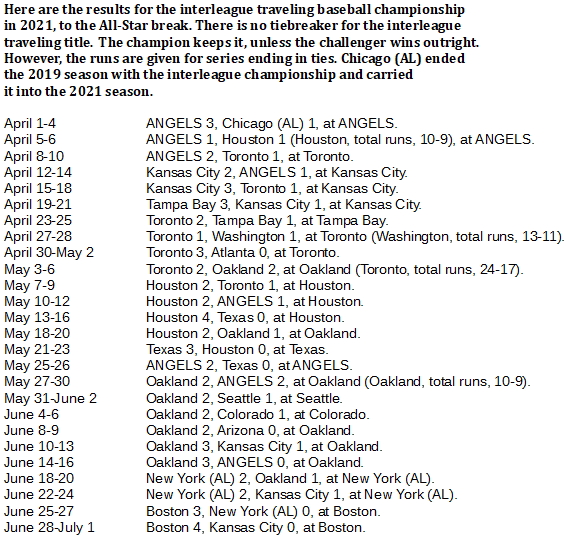