The Lakers, woebegone for, lo, these many years, finally came out in 2019-20 for all of it and won the World Championship. While so doing, they ended their perennial run as a Fourth Division team in this pyramid. 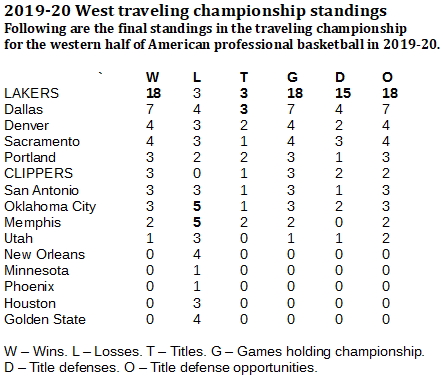 The Lakers are coming out of the worst tailspin in the history of their franchise. Entering 2019-20, six straight losing seasons of unprecedented futility. Six straight years without going to the playoffs.
In the whole history of the NBA, going back to 1949 in Minneapolis, the Lakers had never gone more than two years without qualifying for the playoffs. They have endured six straight losing seasons before, but it was a much different kind of losing the first time.
During their last five years in Minneapolis and their first year in Los Angeles, the Lakers rang up six straight losing records. But they still went to the playoffs all but once during that stretch because they didn't absolutely stink. They just lost. Four of those teams finished with higher winning percentages than the best of the last six complete LA seasons through 2019. Three of those later six Lakers teams couldn't even win one-third of their games.
All of a sudden in 2019-20, we saw a Lakers team with Lebron James and Anthony Davis, who both appeared as if from nowhere, and the Lakers were a going concern. When the NBA season shut down for the pandemic, the Lakers already had 49 wins in 63 games, their most wins since Phil Jackson's last Lakers club in 2011.
And we saw the Lakers tear through the Western Conference, particularly the lineal championship in the West. The Lakers returned from the pandemic break with 18 games of the western title in the bank. No one else even had a chance to catch them.
The Lakers took hold of the championship early and put it away right about then. Utah, the holdover champion, met the Lakers on Oct. 25 at Staples Center. The Lakers bolted to a 74-55 lead through three quarters on their way to a 95-86 win.
From there, the Lakers made 10 title defense in six cities to set a demanding standard for the rest of the West. As play resumed, the second-best showing with the Western lineal belonged to the Dallas Mavericks, who had seven wins in 11 tries. 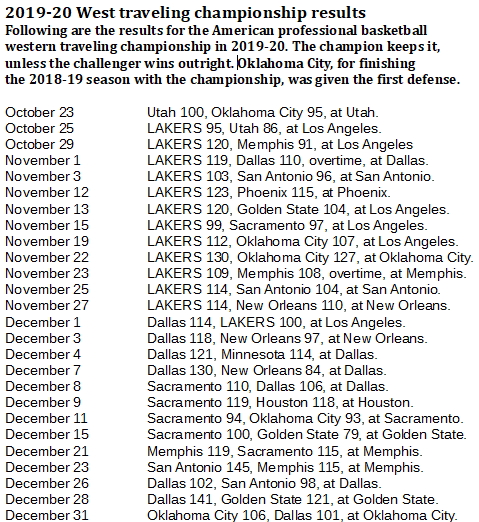 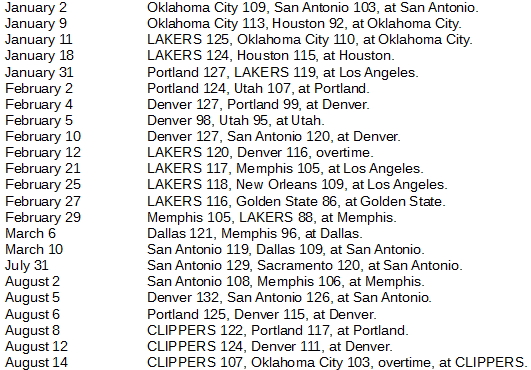