The traveling championship across American pro basketball in 2019-20 ended in August just like it stood when play halted in March: with the Denver Nuggets one game ahead of the Lakers. 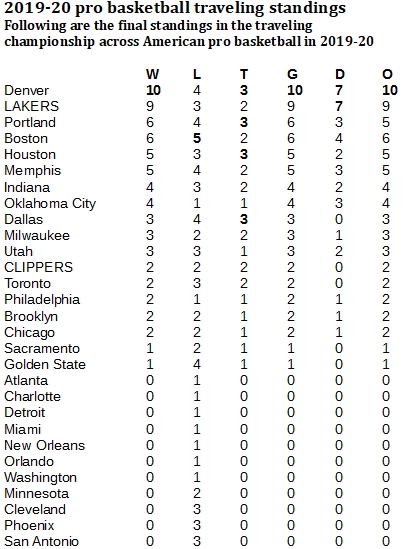 The coronavirus catastrophe that befell the world by March 2020 cut short the lineal championship season in pro basketball to 70 games. One never knows how the ball will bounce through the NBA schedule, but a full season will end up to playing 75 to 85 games for the traveling title.
The lineal was shaping up as a torrid, two-team race between the Lakers and the Denver Nuggets. The Denver squad quietly piled up 10 games of championship with three solid titles and they looked to buttress their league lead when the Lakers visited the Rockies on Feb. 12. In one of their best games of the season, the Lakers prevailed, 120-116, in overtime as Lebron James triple-doubled (32-12-14) and Anthony Davis scored 33, including seven in overtime.
The Lakers made four successful defenses and got themselves up to nine for the year. But with a chance to tie with Denver, the Lakers lost, 105-88, at Memphis on Feb. 29.
The lights went out on the season less than two weeks later. When the lights came back on July 31, the Lakers and Denver, between them, never got another shot at the championship. But they both were far enough ahead that no one was going to challenge them. The season ended with Denver on top at 10 and the Lakers in second at nine.
Portland won three games of the championship in the summer bubble, coming up to six for the season. The Trail Blazers ended the year with a spectacular win, 134-133 over Brooklyn, and took the championship into the 2020-21 season. 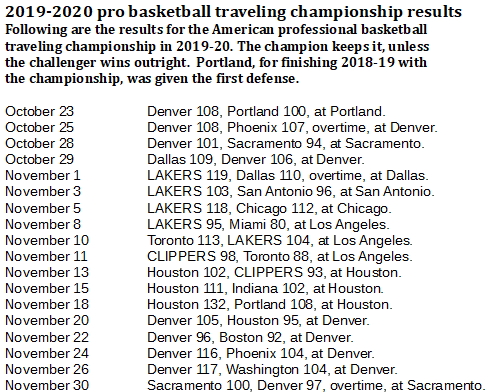 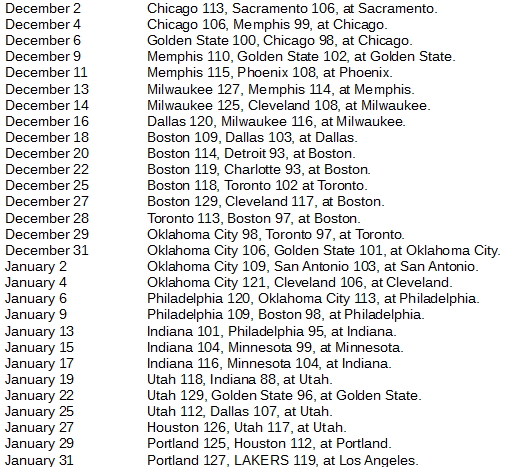 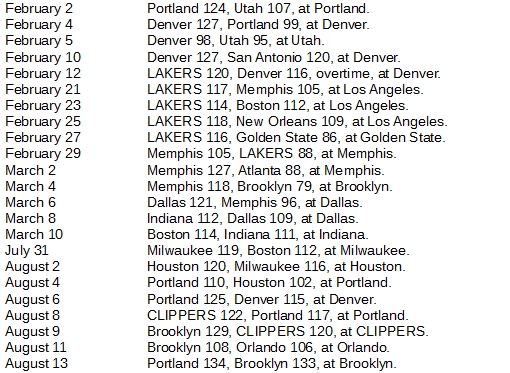