Halfway into the 2021 baseball season, the Second Division is producing a race such as we have never seen. All eight clubs are separated by less than two games. 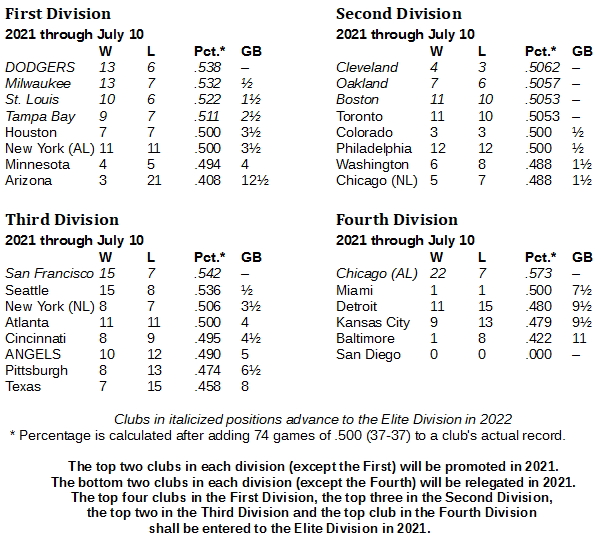