Bayern Munich's dominance in the Bundesliga was not evident in its performance across the German traveling soccer championship for a couple of years. But Bayern came back strong in 2020-21 with 16 games of championship. 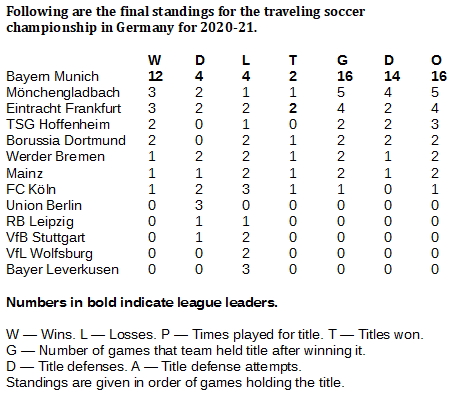 We can't say Bayern Munich isn't up to a challenge.
For the last two years, Bayern has struggled in the lineal championship across Germany, even as it was winning the Bundesliga. By the end of 2019-20, the Bavarians had been surpassed on the all-time traveler list in Germany by their perpetual second fiddle, Borussia Dortmund.
Bayern had a chance to challenge for the title on Oct. 24, and succeeded with a 5-0 win against Eintracht Frankfurt in Munich. Then, Bayern defended that title nine times, finally surrendering it against Borussia Mönchengladbach in January.
Bayern picked up another title from Werder Bremen in mid-March and held it for five more games before losing at Mainz on April 24.
For the year, that was 16 games of title for Bayern Munich, which now is up to 52 historically. Dortmund finally picked up a couple games of title at the very end and now is in second place with 41.
Bayer Leverkusen remains in third place with 19 games, followed by Leipzig at 17 and Bremen at 15. 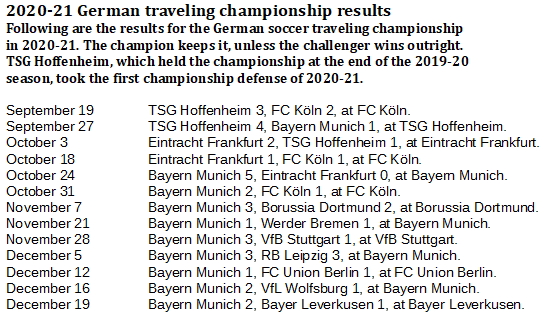 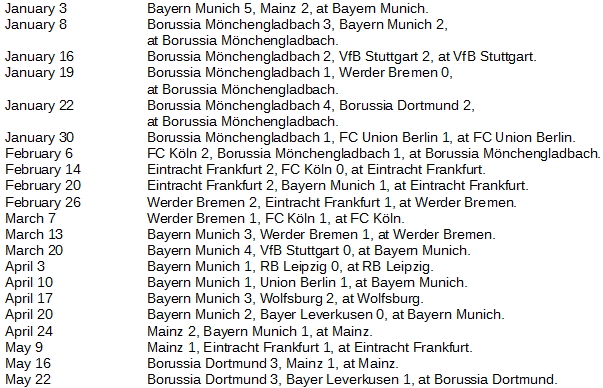