Cruz Azul rang up another nine games of championship in the Mexican soccer lineal race, expanding its total in the six-year tracking to 42. Not for nothing, the cement mixer won its first national title in 24 years in 2021. 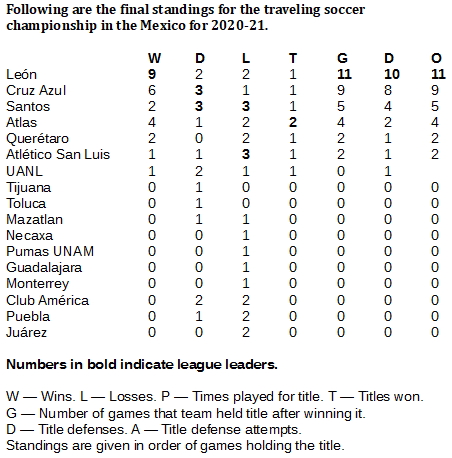 Long before Cruz Azul broke a 24-year domestic championship drought by winning the 2021 Clausura, the big blue was leading Mexico historically in the lineal soccer championship, and the 2020-21 season maybe made that a little more firm.
Cruz began the season with four defenses of a title it won late in 2020, then ended the season with a five-game title that was still alive when the season ended. Cruz Azul will begin 2021-22 with the lineal championship.
The cement mixer now is up to 42 games of Mexican traveling title since tracking began in 2015-16.
León won one title in 2020-21 and held it for 11 games to win honors for the season as the leading lineal champ in Mexico. All-time, León is in second place with 30 games of championship.
After failing in four attempts to win the lineal in 2020-21, Club América fell to third place in the all-time standings with 20 games of championship. 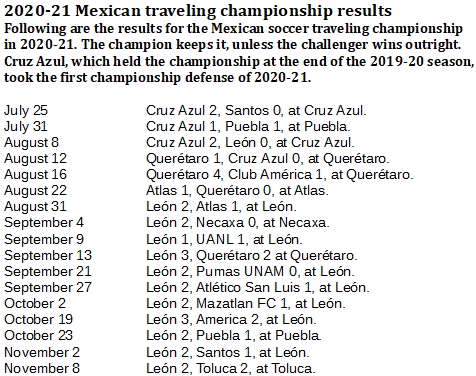 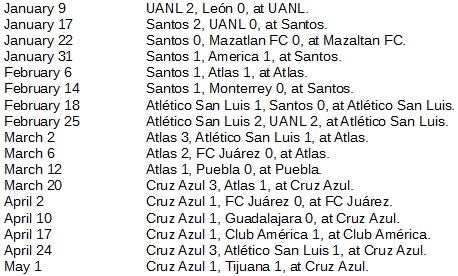