The Memphis Grizzlies weren't one of the premier NBA teams in 2020-21, but when the intercontinental lineal championship came around, they knew what to do with it. The Grizzlies finished with 12 games of the traveler, closing out a lineal championship season with a dramatic winning streak. 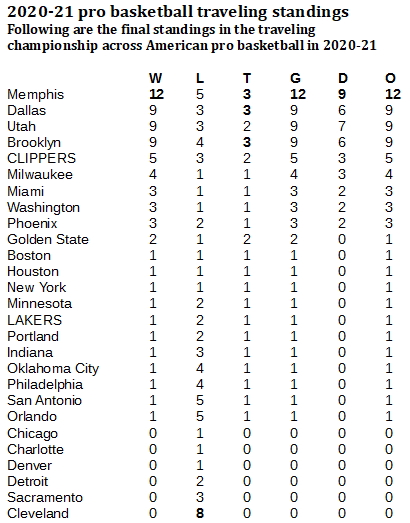 The NBA cut its 2020-21 campaign by 10 games, down to 72, with hopes of squeezing some kind of a schedule into travel restrictions and other considerations pertaining to coronavirus.
If the season had gone 10 more games, though, there's still a decent chance that the Memphis Grizzlies would have won the lineal championship. They finished the year with 12 games of title, best across American pro basketball. Close behind were the Brooklyn Nets, the Dallas Mavericks, and the Utah Jazz, each with nine games of championship.
The Mavericks took the championship from the Miami Heat on May 4 and buzzed up a four-game title run that brought themselves to nine. With less than a week left in the regular season, the Mavs, Grizzlies, Nets and Jazz were tied at the top with nine games.
However, the schedule took the Mavericks to Memphis on May 11, with the winner to take the lead and a chance to keep building it. The Grizzlies led only 60-57 at halftime. However, it was a down night for the Dallas go-to guy, Luca Doncic, who shot four-for-12 overall, zero-for-four from three and ended it with 12 points. In the first 14 minutes after halftime, the Grizzlies outscored Dallas, 44-25. A route was on and Memphis kept adding on, ending with a 133-104 win.
Thus, the Griz took the lead at 10 and tacked it up to 12 with two defenses in The Pyramid against the Sacramento Kings in a travel-saving back-to-back arrangement. The Grizzlies went out to San Francisco for their final game of the season, where they lost the championship to, of all teams, the Golden State Warriors.
With that win, the Warriors are up to 57 since we began tracking at the start of the 2015-16 season, by far the best total of any team. The Clippers, Miami Heat and Portland Trail Blazers all are tied for second place at 27 each.
As we began tracking this lineal, the Warriors had just been to their first of five straight NBA Finals, winning their first of three league championships. The 2015-16 team was given the title provisionally as the defending league champion, then won 24 straight games to start the season. So, that's where much of the difference lies between the Warriors and the rest of the NBA in the historical lineal standings.
But it is only much of the difference. If we subtract those 24 games from the Warriors for some arbitrary reason, they still would have 30 games of championship, and that's still more than any other team in the league. During those years, the Warriors really were that far ahead of the league.
But that seems to have crumbled now, and it's a question of how soon someone else can catch the Warriors. Could be that many teams will approach all at once. In a few years. 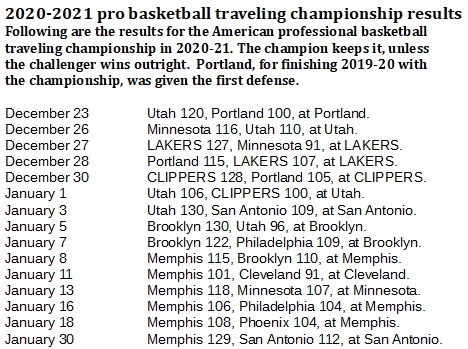 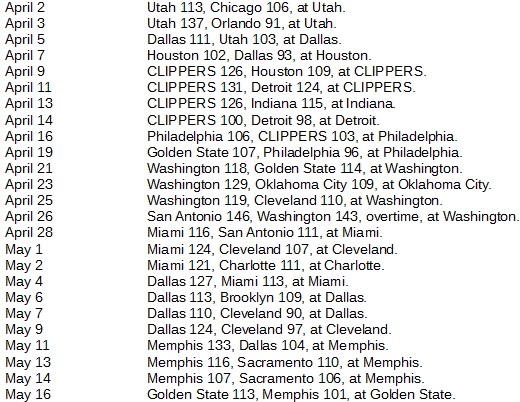