The traveling championship through the top European basketball league in 2020-21 had many homes, spending barely more time with the Milanese club Olimpio than with anyone else. 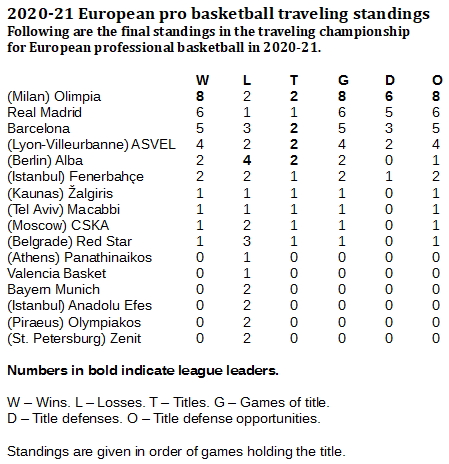 Real Madrid and (Milan) Olimpia staged a strong race for the lineal championship across European pro basketball in 2020-21, and the title got around a bit, with 10 of the Euroleague's 18 teams holding it at least once.

In the end, Olimpia prevailed, because Olimpia had an extra opportunity and Real Madrid did not.

So, Real and Olimpia each held six games of the championship and it kicked around the rest of the league without anyone really claiming it. However, the Lithuanian club, Žalgiris, ended ASVEL's three-game title with a victory in Kaunas at the start of March, just in time for Olimpia to visit.

By defeating Žalgiris, then defending the new championship in Moscow against CSKA, Olimpia brought itself up to eight games of championship.

When Barcelona snagged the title from Olimpia later in March, only four rounds of games remained in the season. Typically, a different team won the title in each of those rounds, enabling Olimpia to claim the lineal championship for the season. 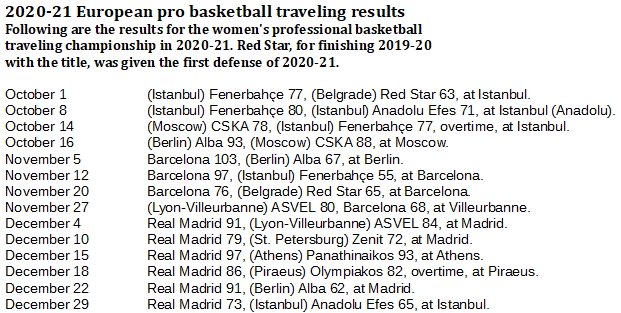