United breaks through for English lineal soccer honors in 2020-21

Manchester United has had little about which to boast since the retirement of Sir Alex Ferguson in 2013. In 2020-21, though, United finished second in the Premiership and won the lineal championship across England for the year. 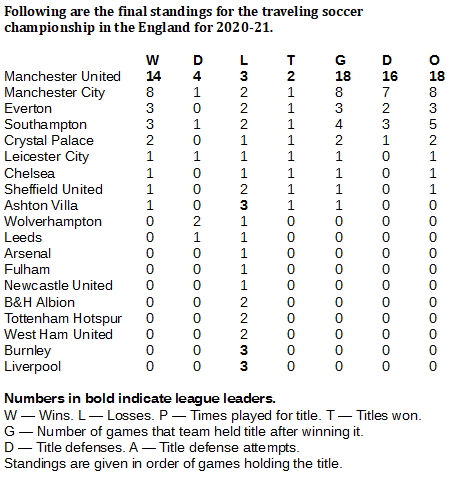 The years since Alex Ferguson retired at Manchester United, eight of them now, have not much resembled the 26 previous years under his management.
It's been a trophy here and there, but not two or three every year. There was one season, 2016-17, when José Mourinho coached the team and Zlatan Ibrahimović hit 28 goals in 46 appearances. That year, United won the EFL Cup, the Community Shield and the Europa League. And finished sixth in the Premiership (Word of note: Mourinho and Ibrahimović are back together this year at AC Milan, trying to climb through Serie A.).
Since then, four years come and gone, and United hasn't won a trophy, anywhere. They haven't gone so long without a trophy in a very long time. There was a run of seasons, 14 of them, 1968-69 through 1981-82, Matt Busby's retirement and the first dozen years of aftermath, when all United won the whole time was the FA Cup in 1977. Ferguson arrived in 1986 and, starting with 1990, United had more than two decades of true greatness.
United started playing in 1878 and opened its stadium, Old Trafford, in 1910, but it took another 35 years for United became United. Then, for 25 years after World War II, Busby's Manchester United teams won frequently and dramatically. Following that lull through the 1970s, United found even greater heights under Ferguson, in part, because of the European tournament's huge expansion during the 1990s.
Perhaps, United is waiting on its next great coach. It's amusing to remember that United hired Busby and Ferguson, more than 40 years apart, off the Scottish National Team.
Anyway, we have some good news for Manchester United, which dominated the lineal championship across the top level of English professional soccer in 2020-21. United won two championships and held each for a long time – an 11-game title from late November to late January, and a seven-game title from early March to early May.
Before 2020-21, United was two wins, three draws and seven losses in lineal championship games going to the start of tracking with the 2015-16 season. Now, United has 20 games of title, still well behind Liverpool, which has 55 games of the title, 51 of them from 2018 to 2020.
Manchester City had one eight-game championship, improving its second-place historical total to 34 games. United now is third with 20 games of championship, followed by Chelsea and West Ham (17 each) and Tottenham Hotspur (16). 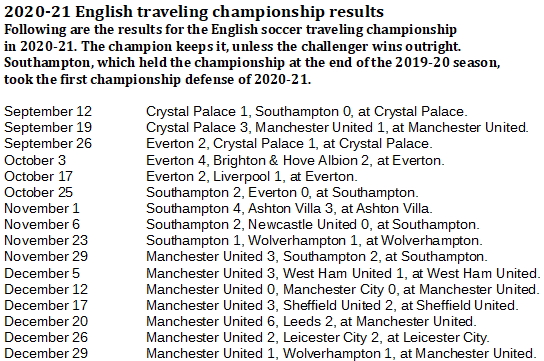 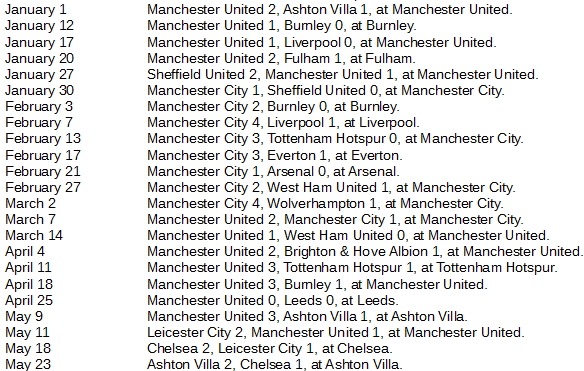